Ryan Adams debuts at No. 4

Whatever overall long-term critical consensus emerges on the new Ryan Adams album, this much is already certain: It represents a new U.S. chart peak for Ryan. The album sold a healthy 45,000 copies in its first week to debut at No. 4 on the Billboard 200 album-sales chart for Sept. 27 — right between R&B singer Jhene Aiko at No. 3 and country singer Lee Bruce at No. 5. 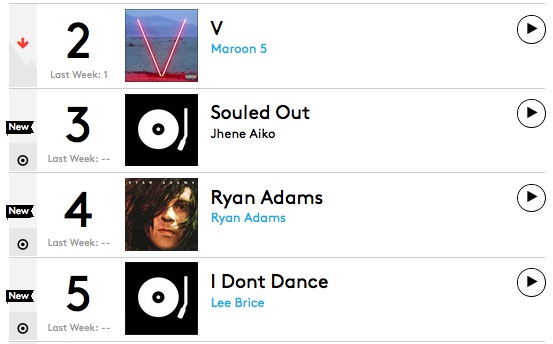