Ryan Adams has apparently finished tracking his version of Taylor Swift’s best-selling 1989 album, leaving a breathless rock blogosphere (admittedly including yours truly) still clamoring for details about the project. There does not yet appear to be an “official” release date. Indeed, none of the principles have even confirmed it will be released at all, and maybe Ryan just plans to play it for Swift in private.

But the progress report below, which Ryan put out via Twitter Monday afternoon, certainly points toward a public release; hard to imagine he’d go to the trouble of mixing and mastering it otherwise. If that happens this week, might Ryan drop a digital version of 1989 as soon as, say, Labor Day? Given the level of attention this project has attracted, striking while the iron is hot with a fast turn-around certainly makes sense.

I have to admit, this is the most interested I’ve been in one of Ryan’s new albums in quite some time. I can’t wait to hear it — a sentiment that Swift herself seems to share. 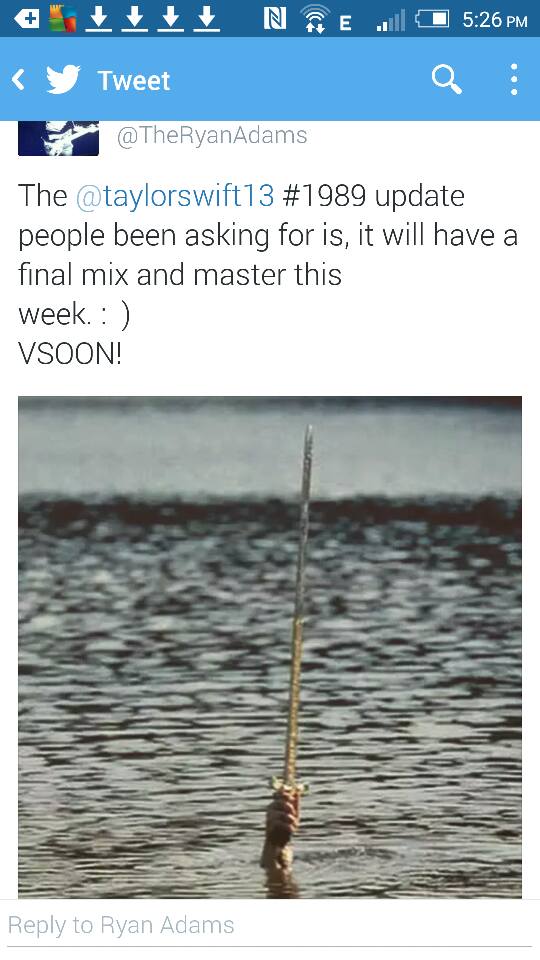 One thought on “Ryan Adams still partying like it’s 1989”