A Heartbreaker of a box set? 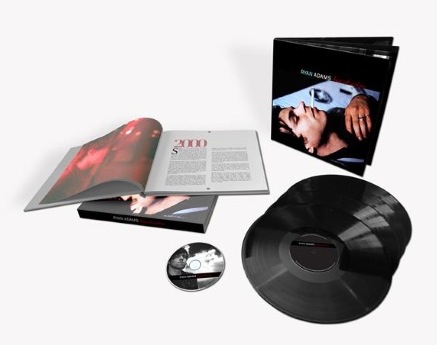 It’s hard to know just what, if anything, to make of this. But for a period of time this week, a European music-vendor website called cdon.com had a “Deluxe Box Edition” of Ryan Adams’ 2000 debut solo album Heartbreaker listed. It soon disappeared, and hitting the link for it now seems to take you to the main cdon.com home page. But cursory, less-detailed listings for it can also be found on Amazon Germany and Amazon France.

Those are the only places I’ve seen it so far, and I’ve yet to find a trace of it anywhere in America. Interestingly, it has “April 1” down as a release date. So it’s entirely possible that the whole thing is some sort of April Fool gag. If it is, however, it’s one heck of an elaborate joke. There’s a track list with lots of rarities including “Oh My Sweet Valentine,” one of my favorite of Ryan’s lost classics. And it should surprise no one that the thing I find most enticing about the accompanying illustrative photo (which I screen-grabbed while it was still online) is the book. What’s in there, and who wrote it?

I put in a query to Ryan’s publicist, asking if this was for real and if so when it might appear in the U.S., but there was no response. So we shall see if or when this ever emerges — or if it winds up in the same black hole as Blackhole.

3 thoughts on “A Heartbreaker of a box set?”