Today is the 15-year anniversary of one of those Ryan Adams records I sure wish I liked better than I do, Gold. This is the album that was supposed to rocket him to the toppermost of the poppermost back in 2001; and while it didn’t quite accomplish that, it remains his commercial high-water mark. Having written tons and tons about this album over the years, including here as well as Chapter 13 of “Losering,” I don’t feel the need to rehash it all again one more time. But Ryan’s take on Gold and that time of his life is interesting — he published an anniversary note today on Instagram, and it’s worth a read. 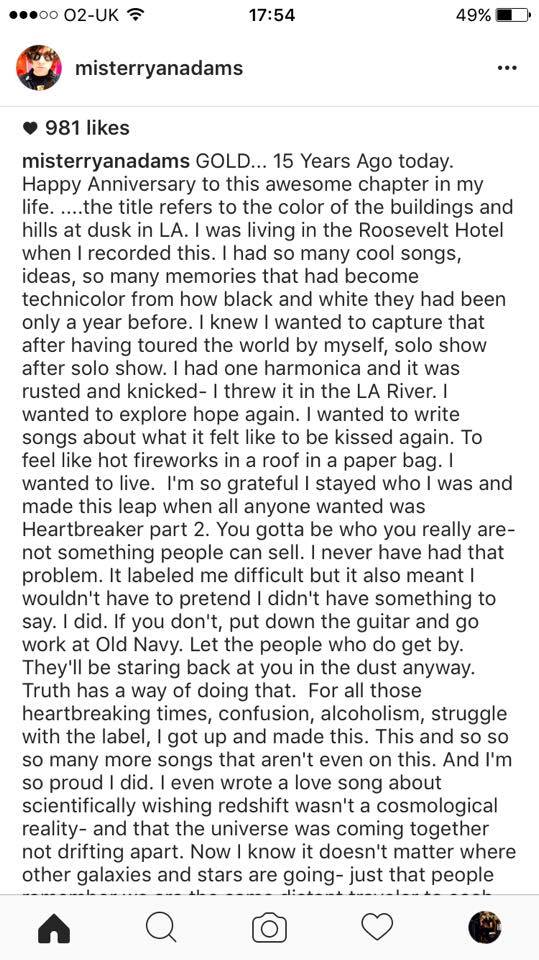