Posts Tagged With: Bastards I Used to Know 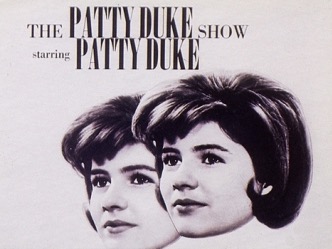 Way back in the long-ago days before Whiskeytown, Ryan Adams had a great little punk band called Patty Duke Syndrome — named after the television star and Oscar-winning actress Anna Marie “Patty” Duke, who had played “identical cousins” on “The Patty Duke Show” in the ’60s (and was subsequently diagnosed with bipolar disorder). Patty Duke Syndrome was around in the early 1990s, and I remember being surprised at the time to learn that the real-life Patty Duke was actually still alive.

But she was. It’s probably just as well that the trio of Ryan, Brian Walsby and Jere McIlwean didn’t get a record deal, which would have caused a lot of awkwardness and possibly litigation. Patty Duke Syndrome came to a bad end in 1994, with a breakup ugly enough that Ryan was still writing songs about it with Whiskeytown a year later (more on that is in chapter three of “Losering”). As for Patty Duke herself, she finally passed on today, at age 69.

Rest in peace, Ms. Duke. You were never forgotten, then or now.

A working-class hero is something to be: “Bastards I Used to Know”

“Bastards I Used to Know” was one of the earliest Whiskeytown songs, and it still lingers even though it was never released on a record. Also variously known as “Lucky Me” and “This Old City,” “Bastards” kind of stumbles along on the demo-ish recording of it that survives, with Ryan Adams and Caitlin Cary still working out their vocal-harmony dynamic. It’s ragged but wonderful in a shambolic sort of way, like a drunken younger cousin of the old Jerry Jeff Walker warhorse “Up Against the Wall Redneck Mother.” But where that song was pointedly tongue-in-cheek, this one is bitter to the core.

Ryan wrote “Bastards” as a poison-pen kiss-off to his former Patty Duke Syndrome bandmates, Brian Walsby and Jere McIlwean, with whom he’d had what he called “an evil breakup” the first time I interviewed him (more about that is in Chapter Three of “Losering”). Although it isn’t really about jobs or labor, I’ve always thought of “Bastards” as a Labor Day song, steeped as it is in working-class dayjob blues. Picture Ryan slaving away in the Rathskeller kitchen while muttering this under his breath:

This old city where I live is poor and dirty
Work I do, it barely pays the bills
This old city, it is home to stupid bastards I used to know
Lucky me, I’m too drunk to remember their names…

Should your Labor Day cookout today take a turn toward the inebriated, you could do a lot worse than this for group-sing-along fodder. So fire it up.

ADDENDUM — When I posted this on Facebook, I heard from Danny Kurtz, bassist in late-period Whiskeytown (and also the Backsliders):

That’s crazy. I took that photo of Ryan in Wyoming while driving to Seattle. We all stopped to take a break and there were all these pretty daisies growing on the side of the road. I sent it in years ago to a contest for best ryan photo.