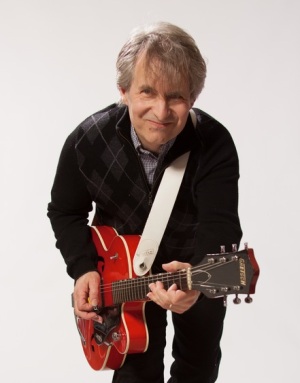 It’s not much of an overstatement to call Chris Stamey one of the great father figures to the music community around greater Chapel Hill, where the dB’s co-founder has toiled in the studio trenches with great honor for more than two decades. Chris was a key player in the early phases of the Whiskeytown saga, lending studio savvy at various junctures through the 1990s (including production of the great 1998 “lost” album, Forever Valentine). He also produced some spectacular post-Whiskeytown solo albums for Caitlin Cary.

More recently, Chris has served as producer, mentor and fixer for an entire generation of younger area artists, working with them on recordings and shows like the ongoing live performances of Big Star’s Third that he oversees. Brett Harris, Jeff Crawford, Skylar Gudasz and Django Haskins, among many others, have benefited greatly from the master’s assistance and guidance.

Somehow, Chris finds time to continue making records of his own, too. The latest is the aptly titled Euphoria (Yep Roc Records), a full-on rock record after the chamber-pop detour of 2013’s Lovesick Blues. Euphoria brings together a lot of the young guns from Stamey’s circle, alongside fellow North Carolina legends like Mitch Easter, figurehead of ’80s college-radio legends Let’s Active.

Of particular interest to Planet “Losering,” the album opens with a previously unheard song written by our man Ryan Adams, “Universe-Sized Arms.” Ryan wrote “Universe-Sized Arms” as a driving rocker, and Chris added a very cool orchestrated arrangement reminiscent of the old “James Bond” spy-movie soundtracks. Euphoria‘s other 12 tracks are quite fine as well, with Stamey’s usual surplus of melodic goodness plus a nifty bonus-track cover of the 1971 Tommy James hit “Draggin’ the Line” to boot.

Chris will unveil Euphoria with an album-release show Saturday night in Carrboro, and you can read a bit more about the record and details about the show here. I’m also delighted to be able to premiere the “Universe-Sized Arms” video below. Enjoy, y’all.