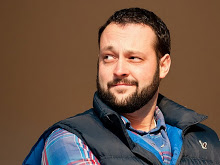 One happy side effect of “Losering” is that it’s thrown a bit of light and attention back onto my first book, a novel called “Off The Record” that I self-published way back in September of 2000. In fact, I recently happened across a review of “Off The Record,” the first one to appear in many years, on something called Caleb’s Book Blog. That seems to be Caleb over there on the right; and if I had to guess, I’d say he’s looking askance at “Losering” — which he panned last fall with one of the worst reviews I got anywhere.

But the upside is that “Losering” inspired Caleb to pick up “Off The Record,” which he seemed to like better; although it’s hard to tell, since he damns it with faint praise while going out of his way to heap still more scorn upon poor, hapless “Losering.” Here’s a representative paragraph from Caleb’s “Off The Record” review: 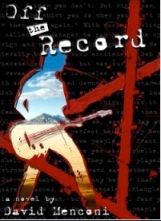 I enjoyed “Off the Record” quite a bit more than “Ryan Adams: Losering, A Story of Whiskeytown,” for the simple fact that David Menconi is not in the book.  Unfortunately, in the Ryan Adams book, Menconi decided to make himself a figure in the history of the band Whiskeytown. Those who read my review of that book may note that I criticized Menconi for his determination to share his opinion, reviews of records, iPod playlists, and other extraneous trivia as though it was part of the band’s story.

Well, um…thank you — I think. Glad you at least liked “Off The Record,” even if it comes across as “liked.” But you’ll have to pardon me, Mr. Caleb, if I still don’t forward this one along to loved ones.