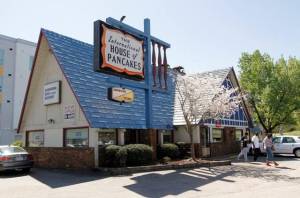 During the Whiskeytown era, the mid-to-late 1990s, downtown Raleigh was still pretty much a ghost town after dark. Before downtown became the place to be, the center of Raleigh nightlife was a couple of miles west, along Hillsborough street — a strip that included Sadlack’s, the Brewery, Comet Lounge and other watering holes. And for late-night munchies, there was the 24-hour International House of Pancakes at the corner of Hillsborough and Park, near St. Mary’s School.

As often as not, following a Whiskeytown or Backsliders show at the Brewery, some of us would wind up at IHOP for 3 a.m. victuals before heading home. I paid tribute to that in chapter eight of “Losering,” the one about Whiskeytown’s Strangers Almanac album, by having young Ryan stumble into IHOP in the midst of that chapter’s imagined dark-night-of-the-soul narrative.

But time marches on. Recent years have seen Hillsborough street undergo a radical makeover with traffic circles, while Sadlack’s and the Brewery have both fallen to the wrecking ball to make way for fancy hotels and student housing. And now a similar fate awaits IHOP, which is closing this week for a still-to-be-determined redevelopment project. The small lot IHOP occupies is worth more than $500,000 now, so this was inevitable.

With the Brewery no longer there to draw me in that direction late at night, I’ve not eaten at IHOP in years. Still, I’ll miss seeing that bright blue roof — which was one more marker of the small town Raleigh used to be.

ADDENDUM (5/2/2016): Not quite one month later, the blue is off the roof and it looks like it won’t be long before the whole thing is torn down.

SECOND ADDENDUM (6/17/2016): But at least the Hillsborough Street IHOP will live on in memory in a Needle Print by Caitlin Cary. This has been purchased by the mayor’s office, too. 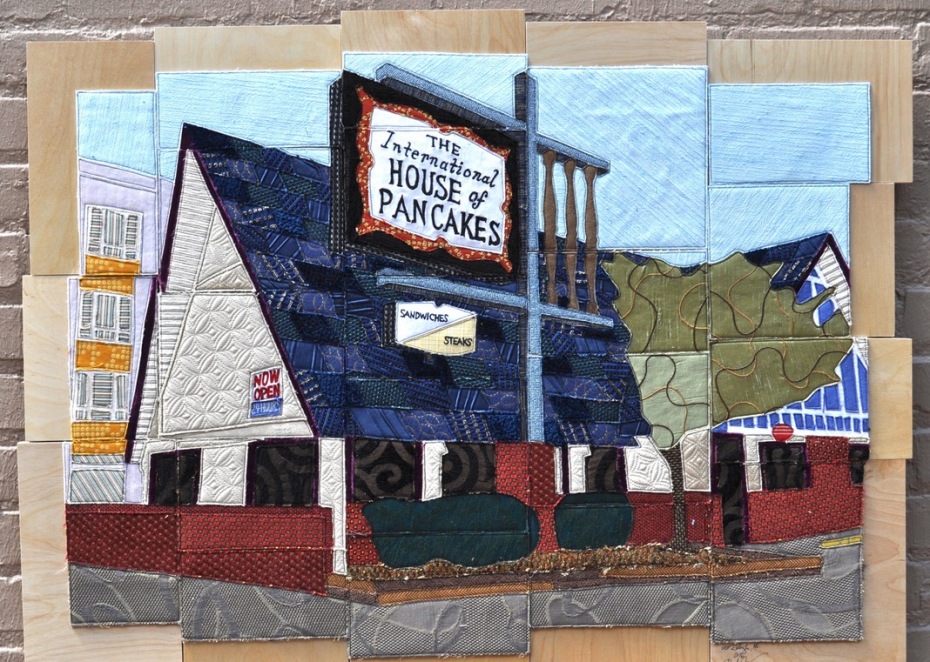