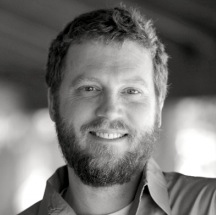 Last year, when UT Press unveiled its online “Losering” catalog listing with an excerpt including the book’s preface, the very first person I heard from was original Whiskeytown bassist Steve Grothmann. He sent me the link, and a congratulatory note mentioning that he was among those who witnessed the events described in the preface:

btw, I was the bartender that night at the Berkeley when the Dix patient took over the bar. He threw a bunch of bottles at the cops, and I cleaned up broken glass ’til the sun came up. Jennifer nudged me that this guy seemed dangerous, her radar was on, and then it escalated.

That had me smacking my forehead, because I didn’t remember Steve being there that night and this would have been a great little extra detail to have in there (my reply began, “NOW you tell me this???!!!”). But so it goes; if I ever have the opportunity to revise “Losering” for a future printing, that is definitely going in, along with all the other pithy details that have come to light since the book was published.

Steve has traveled a long and varied road since leaving Whiskeytown in 1996, right before the band signed its major-label deal with Outpost Records. If memory serves, the first time I saw him onstage after that was in 6 String Drag’s horn section. That was around the time Steve also emerged with a new funk-slanted band called the Tonebenders — check out this 1998 No Depression feature I wrote on them. But Steve’s most notable post-Whiskeytown venture would be Countdown Quartet, which he started up with Tonebenders hornman Dave Wright in 1999.

Wide-ranging, free-swinging and lots of fun, Countdown Quartet has always sort of been the Triangle’s answer to Booker T & the MGs — only with vocals. Squirrel Nut Zippers co-founder Jimbo Mathus was a part-time member for a long stretch, and he added plenty of blue-note funk. I remember them being one of the hardest-working bands in town. For about five years, it seemed like I never attended a local show, party or wedding where the Countdown guys weren’t playing in some capacity or configuration.

Although Steve declined to be formally interviewed for “Losering,” he was immensely helpful in providing historical background. We had some e-mail back and forth about Whiskeytown’s earliest recordings, in which he filled in a few details about how the band cut its fantastic cover of “Blank Generation” for the 1995 Richard Hell tribute album Who The Hell  (see Chapter 4). For all you tech-nerd studio types interested in things like this:

I recorded it on my 4 track cassette machine, in the living room of the house Jennifer and I were renting then, near North Hills in Raleigh. As I remember we set up sort of like being on a stage, drums and amps in a line facing forward, with two mics in the room, one toward each side facing us– like we were playing to an audience of two mics. The vocals were overdubbed, I believe. It was LOUD, really LOUD, and simply done, and really fun.

I mixed the 4 tracks a little and Ross Grady came over and we just played the stereo mix into his portable DAT machine and that was that.

I remember that a bunch of  Voidoids songs had already been claimed by other bands involved in this project, and I was really glad that “Blank Generation” was still available. I transcribed the lyrics for Ryan as best I could- they’re hard to get, (this was before any lyric was on the internet) – and then he came back with completely different chords than the original. Basically, the same verses put to new music, which is the same thing we did with Nervous Breakdown– and it turned out much better than if we had more strictly “covered” the song.

Also, here is how Steve remembered Whiskeytown coming together at Sadlack’s back in 1994:

Whiskeytown version 1 started around Sadlack’s and the house where Ray Duffey and Phil W[andscher] and Dave Wright lived on Park Ave. Skillet owned Sads at the time, and a bunch of NCSU English masters students hung there — Caitlin and me included. Phil worked there and then Caitlin and Ryan too eventually.

6 String Drag, Whiskeytown, and How Town (Dave Wright’s band) rehearsed at the house on Park, and the Tonebenders must have started there too. At that time Ray Duffey played drums with all of those except Whiskeytown, and I was in the Tonebenders later too, and the Countdown Quartet eventually came out of that.  Dave W and I were the part time horn section for 6 String Drag. Lots of creative people hanging out.

A version of Countdown Quartet still exists today, gigging on an occasional basis (including last October’s YR15 shows; check this). But they’ve not been heard from on-record since 2002, when they put out an album with a title paying tribute to the place where it all started: Sadlack’s Stomp. Steve has another band going nowadays, too — Clear Spots, a noisy garage-type band he classifies as “hard to describe,” long on feedback with some Neil Young overtones. I look forward to seeing them sometime soon.