Places That Are Gone: The Brewery

On this date in 2011, a piece of local-music history died when the Brewery came down — leveled to make way for a fancy student-housing complex. And even though it’s been gone for seven years and plenty of other fine venues have sprouted up since then, I still think of the Brewery as Raleigh’s definitive live-music club. That’s probably a function of age, but it’s an icon in my personal pantheon.

What follows is a rumination inspired by the Brewery and other joints around town that have vanished in the 27-plus years I’ve lived in Raleigh. I read this onstage at Kings nightclub in Raleigh on April 29, as part of the spoken-word series “7 Stories.”

PLACES THAT ARE GONE
(with apologies to Tommy Keene) 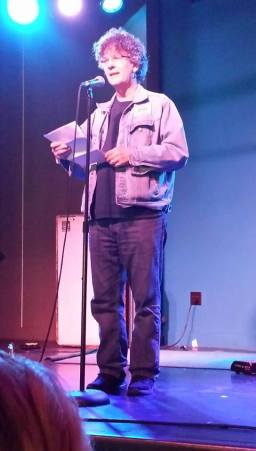 My name is David Menconi and I have been writing for the News & Observer for 27 years, three months and 14 days — all in that dingy old building around the corner from here. Tonight finds me in a weird moment of limbo, between work addresses.

This past Thursday, April 26, was our last day at 215 S. McDowell St. Pictures were taken, graffiti scribbled, maybe an object or two broken or lifted on our way out the door. Tomorrow morning, the N&O takes up residence in the Bank of America building on Fayetteville Street. We’re all expecting the old building to be bulldozed soon for a skyscraper.

This very club Kings has a transient history, too. For its first eight years, 1999 to 2007, Kings was right down the block from the N&O, across McDowell Street. The old Kings was the first place I ever saw the Avett Brothers, Little Brother and even Bon Iver and Megafaun — although those last two were the same band back then, DeYarmond Edison.

The old Kings didn’t have the best layout, with the bar in the middle dividing the room in half. But it did have a lot of funky thrift-store charm. This new Kings we’re in now has been here since 2010 and it’s better in every way. Yet I still think of the old Kings as Raleigh’s definitive indie-rock joint. And contemplating the grassy spot next to Poole’s Diner where it once stood, I got to thinking about other music places that have come and gone in Raleigh’s rush into whatever it’s becoming.

No, my go-to back then was The Record Hole, on Hillsborough Street near campus right across from the Brewery. Run by John Swain, an irascible character straight out of “High Fidelity,” it was one of those joints that was closed til it was open, open til it was closed. John could be pretty gruff, until you proved to him you were alright. I passed his test one day when another customer asked the name of Robert Gordon’s first band, and I knew the answer: Tuff Darts. After that, John would save me records he thought I’d like, which was wonderful while it lasted. He was only 42 years old when he died in the summer of 1991, and the Record Hole died with him. That spot has been Curious Goods ever since. 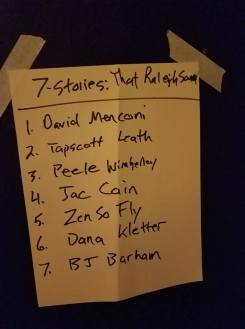 Downtown on West Street, across from Roast Grill, stood the Fallout Shelter — a subterranean spot that had anything and everything. I remember the insane 1993 bidding war over the local band Motorola, who played a showcase at the Fallout Shelter for seemingly every record-label A&R scout in the free world. There were more industry people than paying customers, which was sadly indicative of how the renamed Motocaster’s career went after that, too. The Fallout Shelter closed a few years later, around the time Motocaster was breaking up.

In the mid-1990s, what is now the Lincoln Theatre on Cabarrus Street was called Gillie’s. All I remember about the place was its seating around the bar — swings that hung down from the ceiling, which was pretty precarious late at night after a few drinks. The Pour House over on Blount Street was different back then, too, called The Grove.

Raleigh’s main R&B club downtown was The Vibe, upstairs at 119 E. Hargett St. — where you’ll find Alter Ego hair salon now. In the late ’90s, when Public Enemy was on hiatus, their deejay Terminator X moved to the area and bought an ostrich farm in Dunn. And he’d come down to The Vibe to spin records and hang out with the owner, Greg Dent. A few years earlier, Greg ran another Raleigh club called The Zoo and one of his regulars there was a young man named Christopher Wallace. You might know him as Notorious B.I.G.

Just down Martin Street, the Berkeley Cafe is still there, although its old music hall is now Capitol Smokes next door. But the Berkeley still has bands play on the back patio, which is kind of a shrine to the old Sadlack’s Heroes — the funky beer joint that anchored the Hillsborough Street strip for three decades. That block of Hillsborough is a fancy Aloft Hotel nowadays, but countless musicians worked and played at Sadlack’s over the years. It is, of course, where Ryan Adams formed Whiskeytown in 1994. But that’s another story.

Hillsborough Street is pretty much unrecognizable now from the early ’90s, with the Rathskeller, Western Lanes, Velvet Cloak and IHOP all gone, or going. Even Logan Court, “Faithless Street” to those in the know, was recently torn down. I miss them all.

Still, the long-gone place that lingers strongest in my memory was down at the west end of Hillsborough Street, the Brewery. It’s been gone since 2011, torn down to make way for the student housing complex Stanhope. But in December of 1990, when I came to Raleigh for my job interview at the N&O, the Brewery was the first place here I ever saw a show. Rev. Billy C. Wirtz, who was a lot of fun. While the Brewery wasn’t too long on creature comforts, I quickly became a regular, especially during the eight years when I lived a block away.

In 1992, the band Blind Melon needed to get out of L.A., so their label moved them to Durham. The story I heard was that they needed to go someplace “less druggy,” which is both funny and sad. But that summer of 1992, before their album came out, Blind Melon played every Sunday night for a month at the Brewery, and I was shocked at how terrible they were. At least they remembered to send the Brewery a platinum album to remember them by after they hit it big. I remember seeing it on the wall behind the bar, and I’ve often wondered where it is now.

I also saw the Cranberries at the Brewery, playing for about 40 people a few months before they blew up on MTV. Paul Westerberg, Stereolab, Don Dixon, COC, Flat Duo Jets — too many to count. The Brewery was also one of the sets for the movie “Bandwagon,” which you should see if you haven’t because Jac Cain is in it.

The most fun of all was in the second half of the ’90s, when the Brewery was the CBGBs of alternative country. It was home turf for the Backsliders, who recorded a live album there and called it From Raleigh, North Carolina. Whiskeytown, 6 String Drag, Pine State, $2 Pistols and more all seemed to play the Brewery at least once a month. And at least one band I know of formed there: Tres Chicas, in the women’s bathroom. The acoustics in there were solid, I hear.

A breezeway connected the Brewery with the Comet Lounge next door, and that was the best between-band hangout spot. I especially remember SPITTLEFEST, the “Southern Plunge Into Trailer Trash & Leisure Entertainment,” which brought together a bunch of twangy bands every year. They’d set up a potluck in the breezeway, and I can still picture it. Even smell the barbecue if I try really hard.

Because yeah, I was there. And I’ve even got the T-shirt to prove it.

Hot times at Gillie’s, back in the old days

So I’m not the only one around these parts with a closet-full of relics from the Whiskeytown era. For example, the flyer below just turned up on Instagram via Angela Clemmons, a longtime friend and former News & Observer co-worker. She and I both wound up at more than one Whiskeytown show back then — possibly including this one, although it’s not one I remember.

Note that in addition to “Whiskey Town” and 6 String Drag’s Kenny Roby and Rob Keller, the bill included Tonebenders and How Town; read more about that branch of local music’s family tree here. According to Steve Grothmann, “Park County” was the house on Park Avenue in Raleigh where all these bands practiced (and many of the players also lived) in the mid-1990s. And not a bad price for an evening’s entertainment, either!

Also of note is the venue, Gillie’s, a bizarre joint where you’d sit at the bar on swings that hung down from the ceiling (a setup that created ample opportunity for drunken mayhem). A few years after this show, Gillie’s closed down and underwent a major remodeling to reopen under its original name from its days as a movie house, the Lincoln Theatre.