Posts Tagged With: Oscar the Grouch

Emmylou Harris is cooler than you (or anyone else) 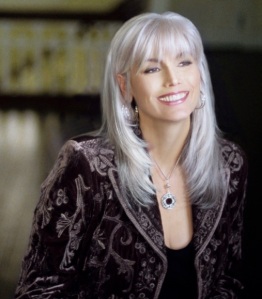 When I interviewed Ryan Adams after he’d moved to Nashville in 2000, he talked a bit about the city’s “cool” musical hierarchy, which he likened it to “Sesame Street.” Ryan himself was Elmo, Steve Earle was Oscar the Grouch, Gillian Welch and David Rawlings were Bert and Ernie. And Emmylou Harris, Ryan said, was Big Bird.

Yes, I laughed. Of course, that was just Ryan’s cheeky way of being funny. Harris has always been this sort of motherly goddess figure who inspires a sense of hushed awe over everyone she meets, and that’s as true of Ryan as anyone else. At that time, Ryan was still aglow from having recorded his Heartbreaker song “O My Sweet Carolina” with her (see Chapter 12 of “Losering”), a performance that stands among the best of her many vocal cameos over the years.

More than a decade later, Emmylou still seems like the unbelievably cool older sister everyone wants to grow up to be. I’ve had the opportunity to speak to her several times for stories over the years, and you can find two of those interviews here.

Also, lucky me, I got to review her Saturday night show in Durham with Rodney Crowell.