Posts Tagged With: Pax Am Records

Today is release day for DRA 1989, Ryan Adams’ version of all 13 songs from queen-of-the-universe Taylor Swift’s massively popular 2014 album of the same name. Ryan himself is talking about it while the financial press is tallying how much money will change hands. And since we live in an on-demand world where timeliness rules above all else, a lot of my fellow critics are busily cranking out all their hot takes based on 24 hours or less of binge listening. Any record takes time to properly digest, of course, but that seems especially true for a project like this one. Eventually, I hope to have something more thoughtful to say about it. But for now, here are some initial impressions based on as many listens as I’ve been able to manage since getting the tracks yesterday afternoon.

*It’s been both hilarious and disturbing to read all the weird speculation about Ryan’s motives, including this gem of a Facebook post from his long-ago Whiskeytown bandmate Phil Wandscher:

Only Ryan can say for sure why he chose to do this, of course, but I don’t buy it as either high-tech flirting or crass commercial ploy. If Ryan were truly interested in appealing to Taylor Swift’s massive fan base, taking all the gloss off her pop to reveal its moody essence is a strange strategy because it will just confuse the average T.Swift fan. For example:

My take on this whole thing is it’s just Ryan getting excited about a weird idea and running with it, because he can. But really, any of Ryan’s fans who think DRA 1989 is somehow out of character just haven’t been paying attention because it perfectly fits his career. He’s always played covers of pop songs you’d think would be beneath him, and this also isn’t the first time he’s recorded someone else’s album that he admired (see: his version of The Strokes Is This It?). And if you go back a quarter-century, teenage Ryan was already recording cassettes of himself and labeling them (c) PAX AMERICANA. Fast forward to the present day and the only difference is he’s got a real studio and access to famous folks now. Oh, and he’s shortened his label name to PAX AM.

*To my ears, this really does play like a bookend to last year’s Ryan Adams, a downcast and glum album that took the subsequent announcement of Ryan’s divorce from Mandy Moore to fully resonate. Even if I’m still not crazy about Ryan Adams, I do feel like it makes more sense emotionally than it did a year ago. Add in marriage meltdown and depression, and it’s easy to see how 1989 songs about disappointment (“Blank Space,” “All You Had to Do Was Stay”), longing (“I Wish You Would,” “How You Get the Girl”), bad blood (“Bad Blood”) and rising above (“Shake It Off”) might  speak to Ryan more directly than you’d think. He’s taken 1989 and turned it into his own private Blood on the Tracks, sort of.

*Ryan Adams and 1989 are also of a piece sonically, which is not an entirely positive thing. After hearing Live at Carnegie Hall, I concluded that my biggest problem with Ryan Adams was the ’80s production because those same songs were far more effective as unadorned solo acoustic performances. I’m having similar feelings about 1989, wishing he’d stripped it down even further because so far my favorite songs are its least-adorned. Particularly revelatory is the acoustic take on “Blank Space,” which still packs an earworm of a hook — but with the shrill tones of the original toned down, the repetition of the chorus seems less manic than obsessive.

*I really wish Ryan had dialed down the reverb on his voice, which makes him sound murky and distant when it seems like immediacy is what’s called for. I’m imagining these songs with Ryan’s voice unadorned and right upfront, a la “Jacksonville Skyline” or “Lucky Now,” and this version with his voice buried in an echo-filled chasm feels like a missed opportunity.

*I like the “I’m on Fire” version of “Shake It Off.” I also kinda like the ocean and bird songs that begin and end the album, which is reminiscent of The Who’s Quadrophenia (hmm…!) and adds to my curiosity about the cover art.

Overall, I’m liking it so far. More soon, I hope…

ADDENDA (9/22-23/2015): Somehow, there really are people out there who thought it was Bryan Adams covering Taylor Swift (oy); Here’s a piece on the legal logistics of 1989, plus weigh-ins from The New Yorker, The Atlantic, Esquire and U.K. Mirror — plus the dumbest headline about DRA 1989 anywhere. Here’s more dumbassery, and Saving Country Music does not seem to care for it, either. Same for a lot of folks on Twitter, plus this guy. Here’s an interesting take. And you had to know this was coming, “better Taylor Swift covers.” You could almost call it a backlash. But here are kinder words from absolutepunk.net.

MORE (9/24-26/2015): People are already talking about a hypothetical 1989 Grammy showdown (UPDATE, 12/7: which won’t happen). Also, “meh” reviews in Rolling Stone and especially Pitchfork. The latter leads to a pointed question. And here’s someone calling it “a worthwhile disappointment.” But there are apparently “liturgical lessons” to be had from it.

More (Oct.-Nov. ’15): A reach, but an interesting one. Also, Ryan interviews Taylor. In this interview, he compares her to Shakespeare. A good Drowned in Sound review. But The Guardian doesn’t much care for it. 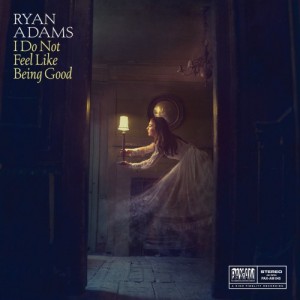 Man oh man, Ryan Adams is on a pretty great hot streak as a writer lately — not of songs, but of prose. Following the excellent summary he composed to accompany last month’s “Blue Light” seven-inch, he announced today the impending release of another Pax Am single called “I Do Not Feel Like Being Good” with yet another cool essay in which he explains his songwriting method. A sample:

Writing songs for me means a few hours of reading. I don’t actually touch the guitar. It sits there with the capo on 5 or 3 or 4th fret – I pre-decide that usually knowing sort of what kind of information is in my body and also what kind of songs come out of those fret positions for me- for instance Come Pick Me Up is 3 and Let It Ride is 5… LaCienega Just Smiled is 4 right there between confessional and “story based on something from my life”… So I know ahead of time the feeling in me. My songbook ( currently there is one half-full- it will be added to a stack of I don’t even know how many now ) will be opened to a new page or a “Song-Pull” list… that list is a list of one liners, 5 word descriptions of things or even names of people or moments I want to add as ingredients in my future songs – like a magical potion I bring the elements of my life together and try and balance the bitter root and the sweet scents of lilac fuming off the flower staffs and make something bigger and loft powerful than the past or future…

Check out the rest of it here.

Categories: Uncategorized | Tags: Blue Light, Come Pick Me Up, I Do Not Feel Like Being Good, La Cienega Just Smiled, Let It Ride, Pax Am Records | Leave a comment

I’ve not yet heard Ryan Adams’ next Pax Am Records seven-inch, “Blue Light,” which has a March 31 release date, so there’s no telling about its quality just yet. Some of Ryan’s indie singles have been great, some have sucked out loud. But at the very least, he sure has dropped some first-rate spiel about this one, rough yet vivid, composed in a tone of deadpan whimsy similar to what you see in the writings of the great singer/songwriter/producer Joe Henry:

This session is a bit of that up there but also some songs that were and still are part of this tear — this, like, “I am living in the 80’s but not in a collective way” tear I am on, musically maybe… like in a way where musically and emotionally I let myself go into some soundspace…an imagined reality of not trying to be good at anything with an 80’s feel… but just a free place… a place to be loose in a way where you aren’t trying to change the world. I don’t want to change the world. I just want to tell you a story. Usually about how I feel…

Plenty more where that came from right here, and you can hear one of the songs below. According to the tagline, Ryan (calling himself “Beast-mode”) wrote this four days ago “From the Emerald Isle.”

UPDATE/CORRECTION: Well, duh — Van Alston points out that “Emerald Isle” is most likely Ireland; which is what I get for being too danged North Carolina-centric.

Well, it appears that Ryan Adams’ time on the U.S. charts with his current eponymously titled album was short despite the career-high debut. Ryan Adams (Pax Am/Blue Note Records) entered the Billboard 200 on Sept. 27 at a lofty No. 4, three notches higher than his previous personal best; but the album’s position has dropped every week since then. And on the Nov. 15 chart (the one topped by queen-of-the-universe Taylor Swift’s 1989), it’s all the way out of Billboard’s Top 200 after just seven weeks.

Ryan Adams has sold 82,000 copies, according to Nielsen SoundScan, so it hasn’t really reached beyond Ryan’s previously converted hardcore following. If the album is to see any further chart action, one of its songs will have to catch on at radio. But like Tom Petty’s A&R man from “Into the Great Wide Open,” I don’t hear a single.

Meantime, the chart gods taketh away, but they also giveth. Even though Ryan Adams is gone from the Billboard 200, Ryan still gets one more week there thanks to his latest seven-inch EP “Vampires” — which debuts at a modest No. 156 on the Nov. 15 chart. Since “Vampires” is a limited-edition release, this will most likely be its only chart week. And given that “Vampires” also ain’t that good, I wish “Jacksonville” had been the indie seven-inch to make the chart instead.