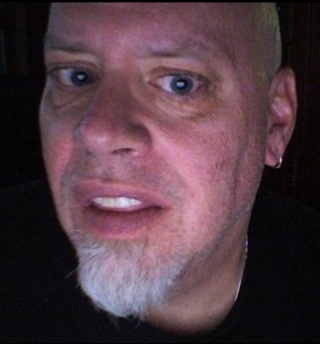 When I was reporting “Losering,” I didn’t interview too many other critics because I already had plenty of opinions about Ryan Adams and Whiskeytown. Between my own spiel and other reviews quoted throughout, the book certainly doesn’t lack for critical voices — con as well as pro. But one fellow critic I sought out was Ed Bumgardner, formerly of the Winston-Salem Journal and among the very few journalists who has covered rock music in North Carolina for even more years than I have.

While Ed parted ways with the Journal some years back, a casualty of the newspaper industry’s ongoing freefall, he still writes. And he remains a fount of wisdom and great backstory about a ton of acts from this part of the world, including Whiskeytown. He saw one of their more infamous onstage train wrecks in 1998, which is recounted in Chapter 10. Because Ed had more interesting things to say than I had room for in his quote in the book, below is the expanded version. This stands as most of what I took down when I interviewed him over the phone in early 2011:

The first time we met was with Patty Duke Syndrome. He was having a really hard time trying to decide whether or not to be the shithead drunk punk kid, or play the rock-star card. He had it all down, but it was sort of clear that something wasn’t quite ringing true about it all. Best band name ever, but the band didn’t back it up.

He was a mess, but he had that thing — that vibe of I’m important and you’re not. I was supposed to interview him, went to do it and he blew it off with me standing right there. It was at a club where they were playing, we’d set it up, he was gonna talk. There was some buzz and I thought they were sort of interesting. Then their road manager or whoever their keeper was said he didn’t have time to do it. It had been set up ahead of time, there was nothing going on at the time, so that was obviously bullshit. “Is he not around?” I asked, and then I realized he was standing there laughing. I looked at him and said, “Well?” And he did not say a word, just grinned, laughed and walked off.

“The second time around was Whiskeytown, coming to play Ziggy’s. Things were serious by then, lots of national ink about the bad-boy antics of Ryan Adams. There was the usual thing of would he talk or wouldn’t he. Then I get him on the phone and he was just as nice as could be — completely professional, chatty, smart, the whole nine yards. “Ryan,” I said, “you seem so unlike yourself.” He sort of laughed. “Well,” he said, “I quit drinking. I just had to. My health was going downhill, I didn’t like who I was becoming. It was just getting in the way. So I’ve had nothing to drink for 10 days and the shows have been going great.”

So I go to the show and he is drunk. Not just a little, but weaving, slurring, ROARING drunk. There were maybe 150 people there. The band came out and started the first song. Ryan turns around, walks over to the amp, turns his guitar up and lets it feed back. The band tries to soldier on, then stops. They talk a minute, Ryan’s walking around, they start another song. Ryan goes and does the same thing, but turns it up even louder. This time the amp is just screaming and he doesn’t stop, just stands there feeding back. People start to boo, he turns it up even louder. People start to leave, he turns it up louder. Finally the band walks off, disgusted, and he keeps standing there doing that and drinking a beer. At this point there are maybe 10 people left, mostly me and a few musicians from town. After a while Ryan comes back out alone, picks up a guitar and plays one of the most beautiful 40-minute sets I’ve ever heard. No band, just him. That was my big Ryan moment. I’ve not seen him since.

It’s such a hard thing to balance. You can absolutely see where these songs come from, all the influences contrived and some to the point where you feel like he should be sued. But he manages to catch the essence of what he cops from and put it down in a way that’s fucking brilliant. Then the other half, when it’s just him, it comes straight out of his heart. He’s so good at what he does. How else could you churn out 142 records? And none of them suck, either. Some are better than others, but I’ve never heard a bad one.

People like that have the light on ’em. It’s gonna happen for them and you can just tell.